As Musicvox Guitars describes, Abe Ovadia is a "jazz phenom, one of the most innovative guitarists of our time." Having emerged as one of the preeminent guitarists on the New York City jazz scene, Times Square New York City says, "You can always count on him to happily claim the leader, featuring an innovative and emotionally-charged energy that is unrelenting. His music has quickly gained the respect of his peers and jazz veterans alike, such as Grammy-award winning trumpeter Brian Lynch, who said, "It has been very enjoyable to play with him, as well as to perform his original music. He is playing at a world-class level."

In recent years, Abe has formed a duo & trio that perform regularly in and around New York and throughout the country. His groups are platforms for Abe’s continual music exploration, documented recently by the 2017 release of his hit single, "Afro Blue." Each performance includes a deep focus and intensity that is always in service of the music, and nurtures the exploratory nature of his fellow musicians. Abe has performed or recorded with Benito Gonzalez, Ari Hoenig, Mark Ferber, Pat Bianchi, Brian Lynch, Dave Pietro, JD Allen, Rodney Green, many others. aid best by legendary record producer Todd Barkan, "Powerfully lyrical guitarist Abe Ovadia explores the inner and outer frontiers of some the most heartfully expansive music of our age." responsibility of playing some world-class jazz." He holds a bachelor's degree from Berklee College of Music, and a master's from New York University's highly acclaimed jazz performance program. He is also a recipient of the Best Guitarist of 2016 Award from Hot House Jazz Magazine.

Predominant voices in the industry have recognized Abe's contribution to today's jazz. In 2010, Jeff Levenson of Warner Bros. Records honored Abe as a "Promising Artist of the 21st Century", which led to an international tour. Since then, Abe has developed a unique identity on the instrument and as a band.

Doors to the BookHouse, will open at 7 PM. Admission is free, but donations are gratefully accepted.  Refreshments will be available for a small charge. All Bookhouse programs take place in the Edinger Community Room of the Hughes Building, Eastern Monroe Public Library, located at 1002 North 9thStreet, Stroudsburg.  For further information, please call Linnae Cintron at 570-421-0800×312 or visit www.monroepl.org 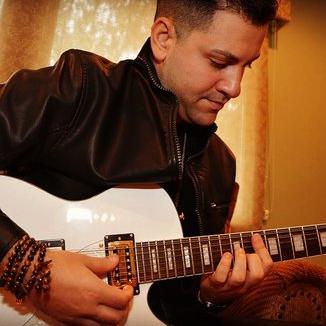